WE ALL HAVE THE CHOICE TO CHANGE OR NOT TO CHANGE. THE BIGGER QUESTION IS…ARE WE WILLING TO CHANGE?

In my blog post last week I mentioned that we all need to stop asking whether or not we are ready for change and instead start asking if we are truly willing to change.

When we come across a decision in which will require us to change our behavior we come face-to-face with the gap between who we are right now and the person we want to be.

If life is a pick your own adventure, what will you choose?

Are you willing to change? Yes or no?

Most people contemplating making a change in their life have a basic understanding of the “good reasons” for why the change needs to be made. Usually, it’s to improve or make a positive shift to a certain aspect of their life. This may occur as a slow dawning truth or a sudden realization. At some point, the truth sinks in and may be accompanied by an initial emotional response, often negative. Fear of change. YAY!

During such times in my life, I immediately reached for a pad and paper and began to jot down the all of the Pros and Cons. This rudimentary comparison chart would usually take the form of “If I don’t do this, I can’t have that.” or “If I make this change, I can have that.” More often than not the comparison would focus on the idea that if I didn’t take a specific action there would be some sort of negative consequence that I would have to deal with.

Unfortunately, even though I knew that I needed to make this “positive change,” I became indifferent over time. I would learn to make excuses or some reason as to why I didn’t really need to change. After all, it’s my life and I am happy being me. If I do this thing, I might not be me. WHAT-A-LOAD-OF-CRAP.

Why is it that even though our intelligence tells us what we need and we understand what we need to change, we don’t? What prevents us from taking the necessary actions? What are we resisting? FEAR. Plain and simple. Fear of uncertainty. Lack of guarantees. Is it because I am too attached with who I am? Who have I always been? Is my attachment to my old self-preventing me from making a change?

After much thought about the hurdles I personally face when it comes to embracing the changes in my life, I have realized that it usually has something to do with my habits, fears or the opinions of others. No matter how I dissect it there is a perception that change will cause some kind of distress and therefore I avoid the change to keep myself safe.

As I learned more and more about this kind of reaction it became a bit more clear that these were just a stories I had created. They had become my safety blanket. I had developed a series of objections to avoid change before I even attempted to implement any changes. I was objecting to change. I think the main issue for me (and possibly for others) was that I wanted to know that if I did the work, I would be rewarded. I needed to see the finished product. I had to know that I would be successful if I tried.

I have come to realize that the process is the reward. The change we experience during the change is our reward. Start embracing change and you will start to see change as opportunities for growth.

So even though I understood I need to make a change, I would resist.

Clearly, understanding is not enough. 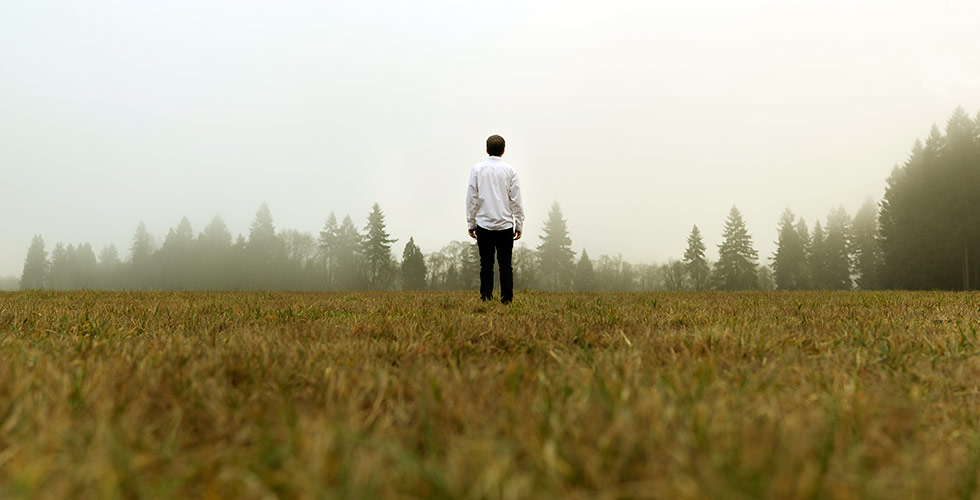 “WHEN WE LEAST EXPECT IT, LIFE SETS US A CHALLENGE TO TEST OUR COURAGE AND WILLINGNESS TO CHANGE”

Change is a constant and is one of the few certainties in our lives. If we do not embrace change, we are essentially fighting against the laws of nature and we are taking a stance that will invariably be defeated. We cannot stop change. We cannot avoid it.

By accepting that our lives need to change, we are able to begin making decisions about those changes. I have met countless people that would rather complain about how life was happening to them. They were choosing not to engage with the changes that were taking place in their lives and therefore they tended to feel like a spectator in their own life. Until we accept that we will be required to continue to change and evolve, we will resist change and find objections.

I also believe that the acceptance thing is a layer deeper. WE MUST ACCEPT RESPONSIBILITY AND OWNERSHIP OF OUR LIVES. I cannot believe how profoundly that statement has impacted my life. Instead of blaming others for where we are in our lives, step up and accept that you are responsible for where your life is and where it is heading. Honestly look at your decisions and know that you are exactly where you have put yourself. If you don’t like where you are, change. If you want to get out of a relationship, get out. If you are unhappy in your job, put a plan together to transition out of your position. Stop placing blame and take ownership. You will feel more empowered and will start feeling more engaged in your own life.

Les Brown said, “Most people will resist change as if the change would be worse than what they are currently experiencing.”

Next time you find yourself resisting change ask yourself, “What’s the benefit of not changing?” It may not be easy, but by simply asking ourselves why we are resisting change, we provide ourselves a glimpse into the possible limiting beliefs that are preventing us from making a change in our lives.

Are you afraid to challenge your fears? It is far too easy for us to immediately want to resist change and look at change through a negative lens. Trying to stay safe. Is it because we think the unknown might be worse than the situation we are currently in?

Challenge the unknown. Stop listening to that inner voice that is holding you back. Embrace life changes. Learn and believe in yourself. Change is good. It is what helps us grow.

But again. I don’t think acceptance is enough either. 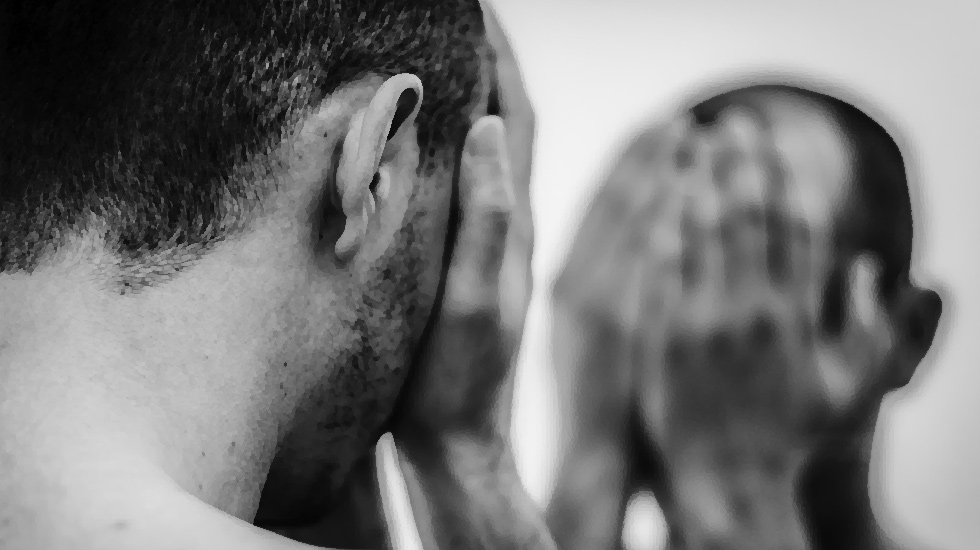 Depending on your personal desire and passion for change, you will need to discover your motivators.

There have been numerous times throughout my life that I have wanted to make a change in my life. Sometimes the change would last for a while and then I would be back to my old habits. Other times the change would last and it would be incorporated into my life. As I have gained more life experience I have started to reflect on the reasons why some changes stick while others fall to the side of the road.

IT COMES DOWN TO DESIRE. HOW BAD DO YOU WANT TO CHANGE?

I have found that all the changes I have made in my life required a tipping point. A moment in my life in which I could literally not stand it anymore. Whether it was poor eating habits. Over indulgence in alcohol. Lack of exercise. Or a general malaise of my life in general. Whenever a significant change has taken place I have been in. Not half-assed, but fully willing to make the necessary choices and take action to implement the change.

Your success or failure depends on how strong is your desire and what you want to change in your life. For me personally, I have to feel emotionally invested to spark the change. I will play out future realities in my mind. One in which I haven’t made any changes and how my life will look. How I will feel. What my emotional, physical and mental state will be, knowing that I choose whether or not to make the changes I wanted to make. Then, I play out the future in which I have made the change. The one in which I take the steps to move in the direction I desire. To make the decisions that best serve me. I concentrate extremely hard on the details of this reality. I visualize in the utmost clarity how it will feel to know I make the changes I want to make and how it feels to know I am following through on the promises I make to myself.

There is no life hack for change. It is a decision. One that only we can make for ourselves.

Are you willing to change? Yes or no? 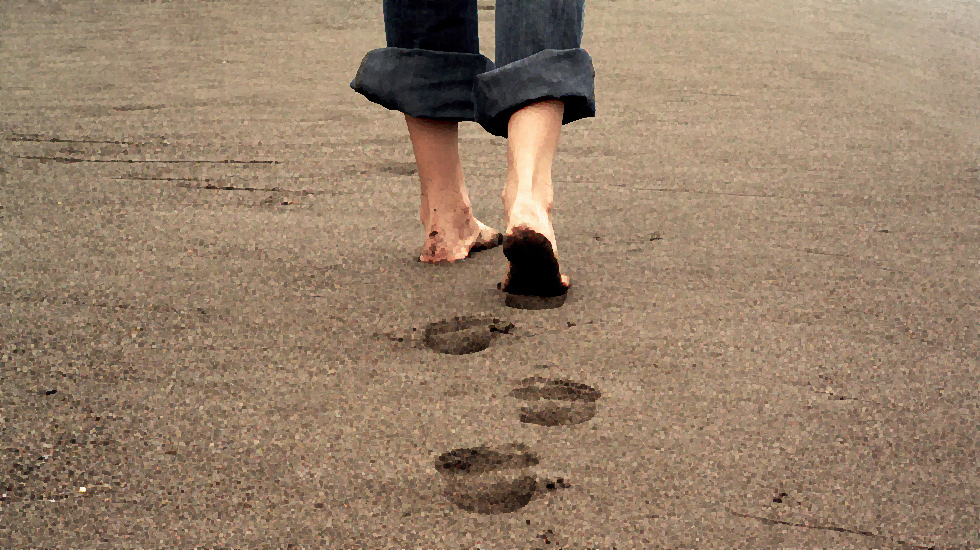 As I close out my blog post I would like to continue my tradition of signing off with a song. This one is for a dear woman Nellie. I had the absolute pleasure to experience her fantastic warmth and energy during my trip to South Africa. Much love to Nellie and her family during this difficult time. 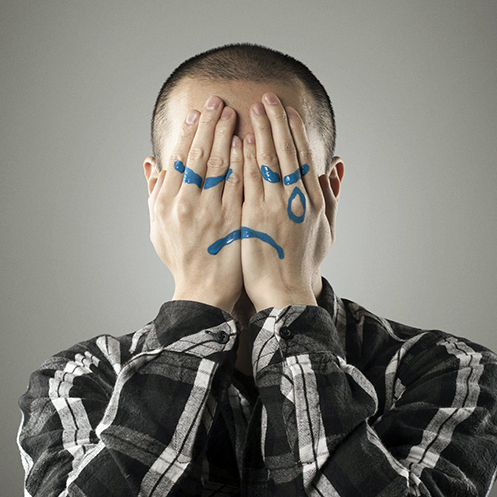 Are you in your late 30's or 40's and thinking back on how exactly you wound up in the career you are in today? Chances are if you are like me, you took the safe path. You were told to get a job with benefits, a retirement plan and not rock the boat. Work your way up. Move up the corporate ladder. Just work hard and when you are done, retire.

Yup, you played it safe and now, you are questioning what you are doing and where you are going?

Let me ask you, do you remember when you were excited about life's possibilities? When you believed you could do anything. Do you ever wonder what happened? When did you lose touch with your passion? Have you given up on your hopes and dreams? Or, have they simply gone astray.

Sign up to for the Stop the Pity Party. Restart Your Passion 7 Day Change Challenge and begin to rekindle your passion. Reclaim your beliefs to create the life you have the responsibility to live. A life of fulfillment, possibility, wonder, and passion.

Sign up for my newsletter and receive weekly actionable advice and food for thought to help empower you to handle life's ever-changing landscape.